Snake Petroglyph stone drawing on river side boulders along the Snake River in Hells Canyon were left by ancient Native American tribes. Long before European immigrants first set foot in this country, the ancestors of the Nimiipuu (Nez Perce) created densly grouped clusters of petroghlyphs and a few pictographs on either side of an eddy formed by a series of sharp bends in the Snake River. These images provide links to the past, reminding us of the timeless connection humans have to this land.

Known as Buffalo Eddy, the site takes its name from images on the Idaho side of the river, depicting bison chased by Indians on horse back. The unique petroglyphs of this area are evidence of the longevity of the Nimiipuu in the region and contain hundreds of distinct images that possibly date from as early as 4,500 years ago and continue to just a few hundred years ago. The fact that this site was used for so long suggests that it was very important to the people who lived here.

The petroglyphs and pictographs at Buffalo Eddy reflect a rich culture. Anthropologists who study rock art can often find patterns in the symbols that are found in the Columbia River Basin, and can make educated guesses on why symbols were painted or pecked into rock faces. Perhaps the figures and symbols are a form of storytelling or an expression of spirituality. They could even be a form of artistic expression.

While scientists can make assumptions, ultimately no one but their creators know the exact significance of the images. We cannot hope to reconstruct the day of their creation. Was it done through a shaman's chants and intricate dance steps during an elaborate ceremony, or during a moment of introspection experienced by solitary visitors? All we have is the silent testimony of ancient images to pique our imaginaiton, and every person who sees them today takes away their own meanings. Licensing and Open Edition Prints 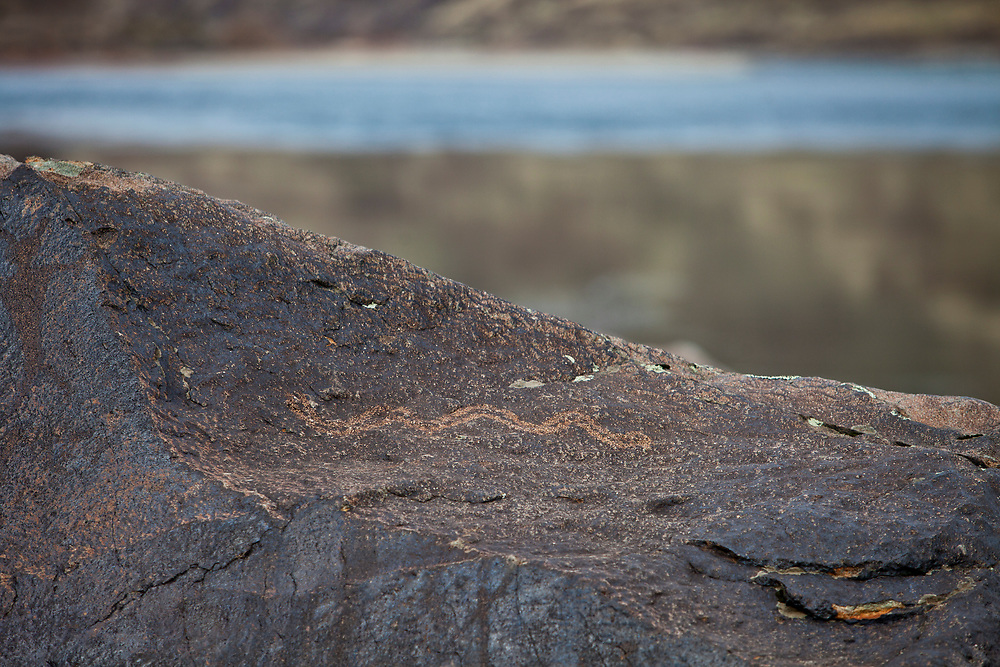