Young male bison in Teton National Park forages in Sage Brush. Yellowstone National Park is probably the oldest and largest public bison herd in the United States, estimated in 2020 to be 4,800 bison. The bison in the Yellowstone Park bison herd are American bison of the Plains bison subspecies. Yellowstone National Park may be the only location in the United States where free-ranging bison were never extirpated, since they continued to exist in the wild and were not reintroduced. American Bison are often the most dependable photographic subject in Grand Teton National Park—roaming the open sage flats and grasslands in the Jackson Hole valley. Unlike Elk, Deer, and Moose that usually duck back into the forests just after sunrise, Bison and Pronghorns remain visible throughout the day. Licensing and Open Edition 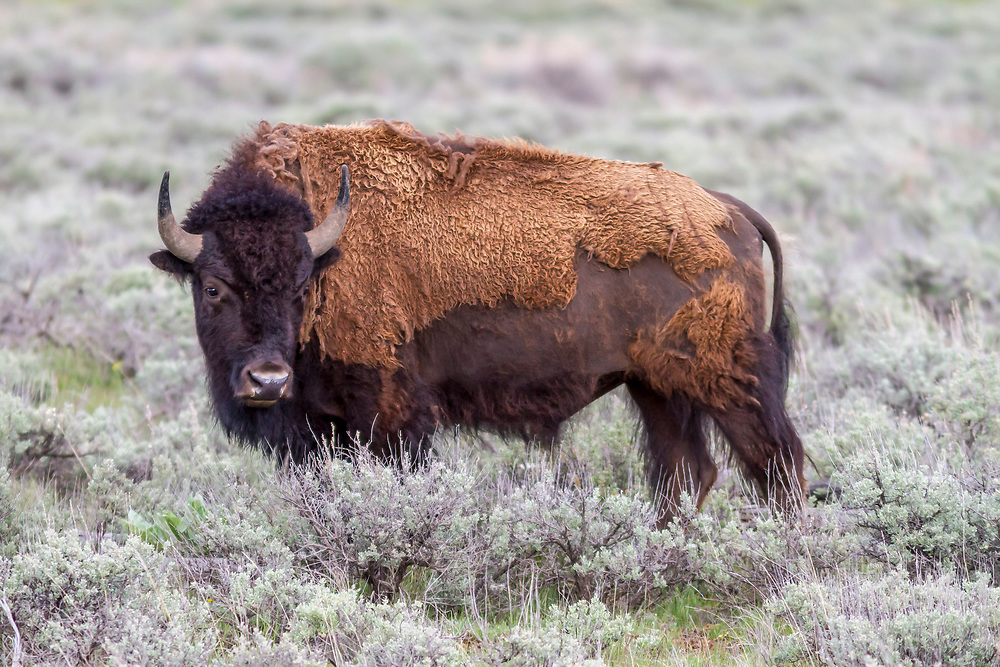